The order of the PCB of Power Module 4 has arrived, and so all the parts for Prototype 8 are finally here :) After some assembly (and crimping of some rainbow-colored connectors that look a little neater than those stray black wires from previous photos), this is the final picture: 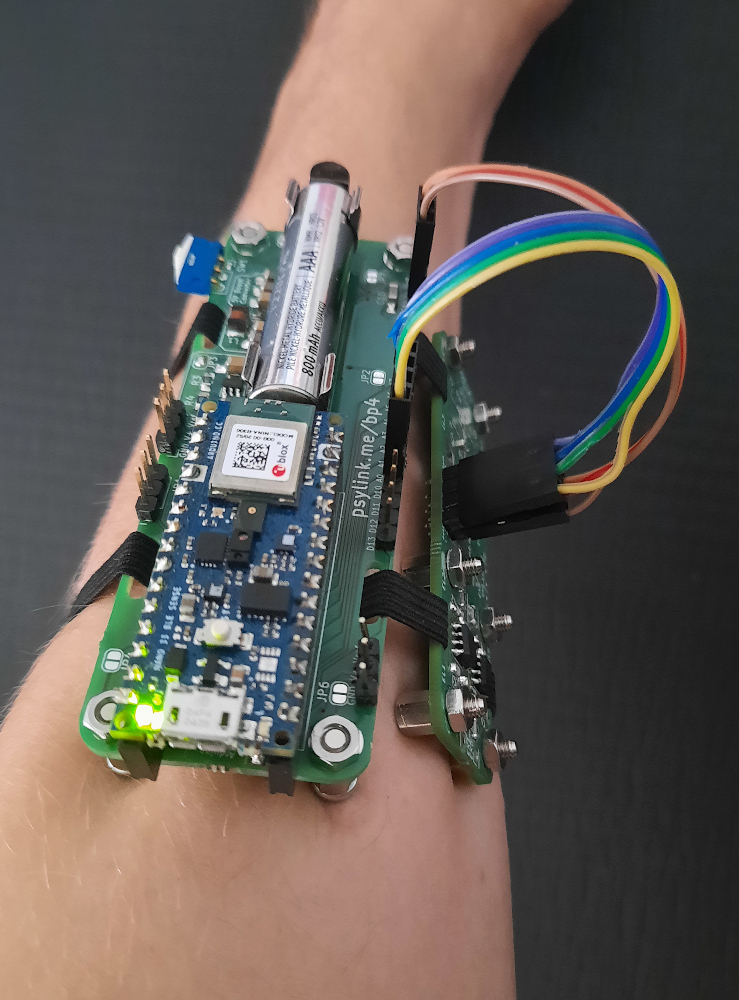 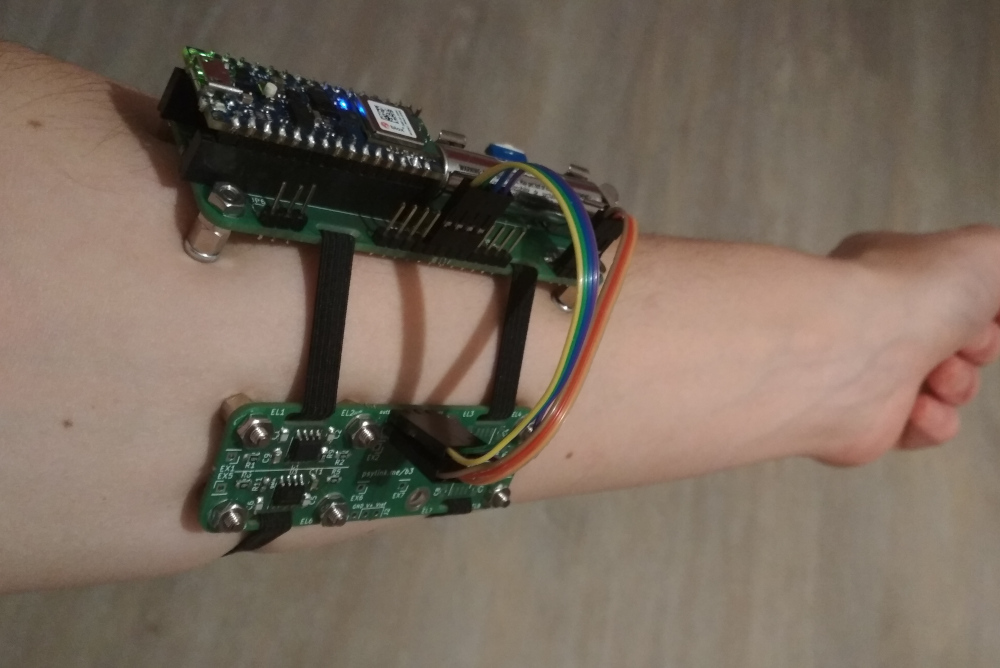 A sample of the signal is this, using an INA128 with a gain of x228 and electrodes near the flexor digitorum superficialis:

The baseline is the midly noisy line around a value of 0.3 and shows the state of rest.

The spikes and "spindles" (periods of higher amplitude) occured when I performed various movements, like extending the arm, snapping the fingers, or twisting the wrist.

Bugs in the BP4

The Power Module 4 is not perfect though: