Prototype 8 needs a matching power module. I can't continue to awkwardly stuff the rubber band between the velcro and the PCB of Power Module 3 like this: 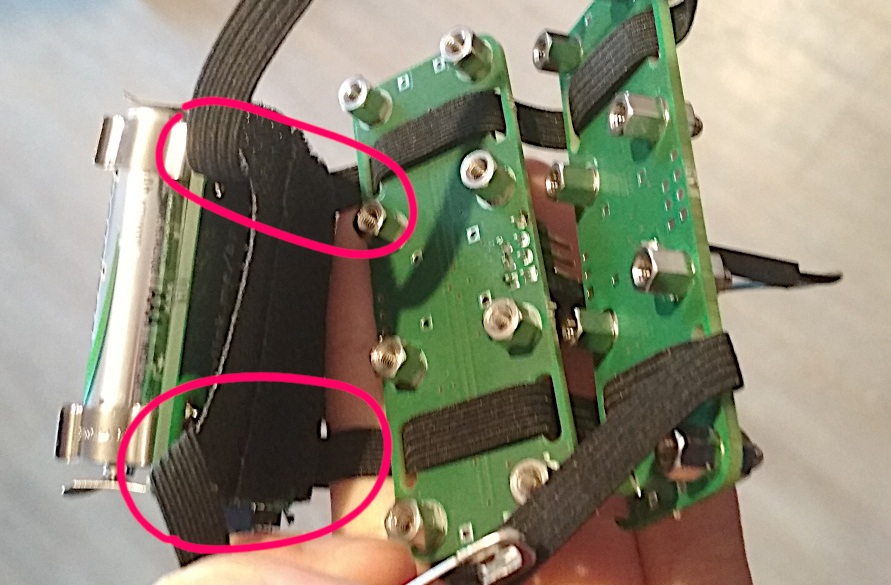 We need a PCB with proper rubber band holes and screw mounting points, so it can be worn along the radius bone with about 2x Electrode Module 3 beside it.

Unfortunately the large dimensions of the Arduino and the battery make it a little difficult. There's several options to do this, but none of them are perfect:

In the end I chose option 3 for simplicity reasons, and because the downsides seemed the most acceptable. This also gives me a lot of space on the PCB which is currently not needed, but may be used for analog multiplexing later on, to allow supporting more than 8 electrodes.

I am quite tempted by option 2 though, it would make for a really compact board. Maybe I give it a try later (if I ever find a source for 1x15 pin sockets that are 14mm+ tall and 2.54mm spaced apart.)

Here is the resulting board. As you see, I also added a screw mounting hole in the center, which should point right at the bone, which perhaps makes for a great ground electrode. Any of the screws can be used as ground electrodes though, simply by closing their respective solder jumper. I will try out various combinations to see which one is best. 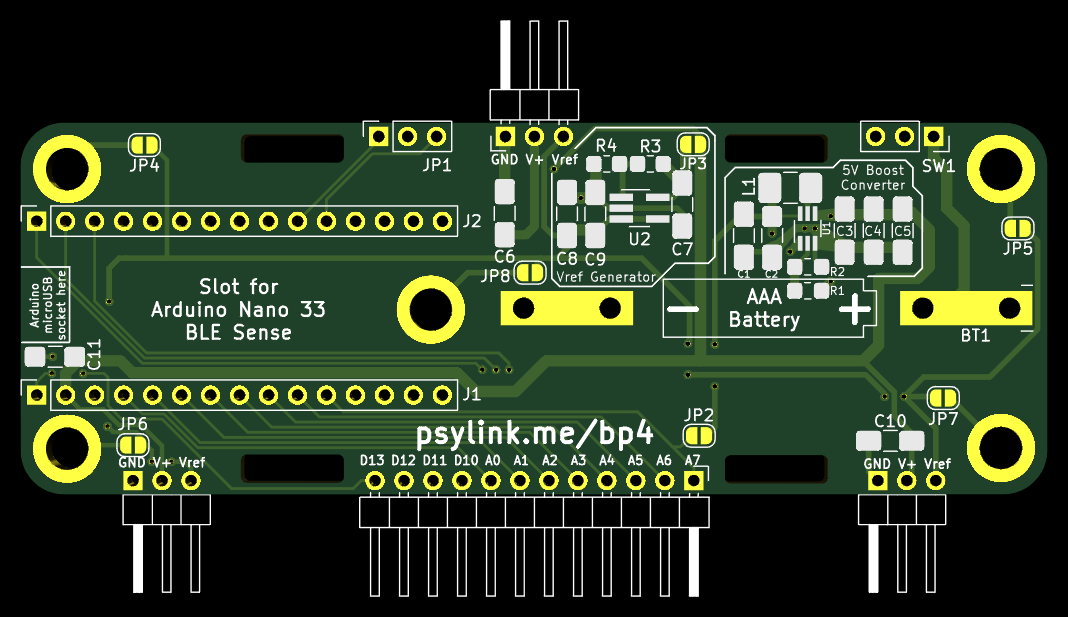 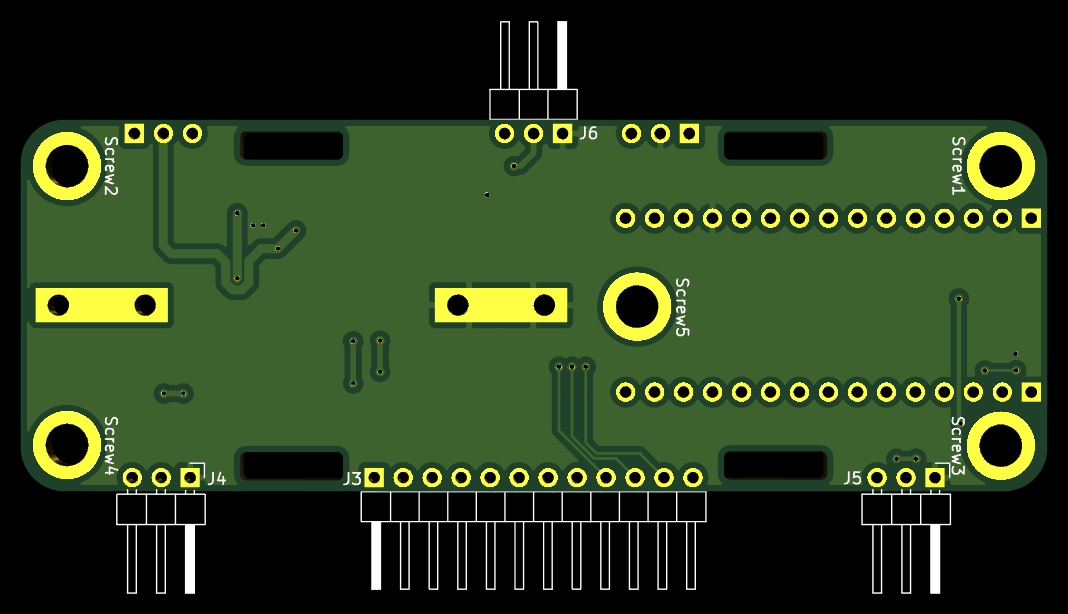 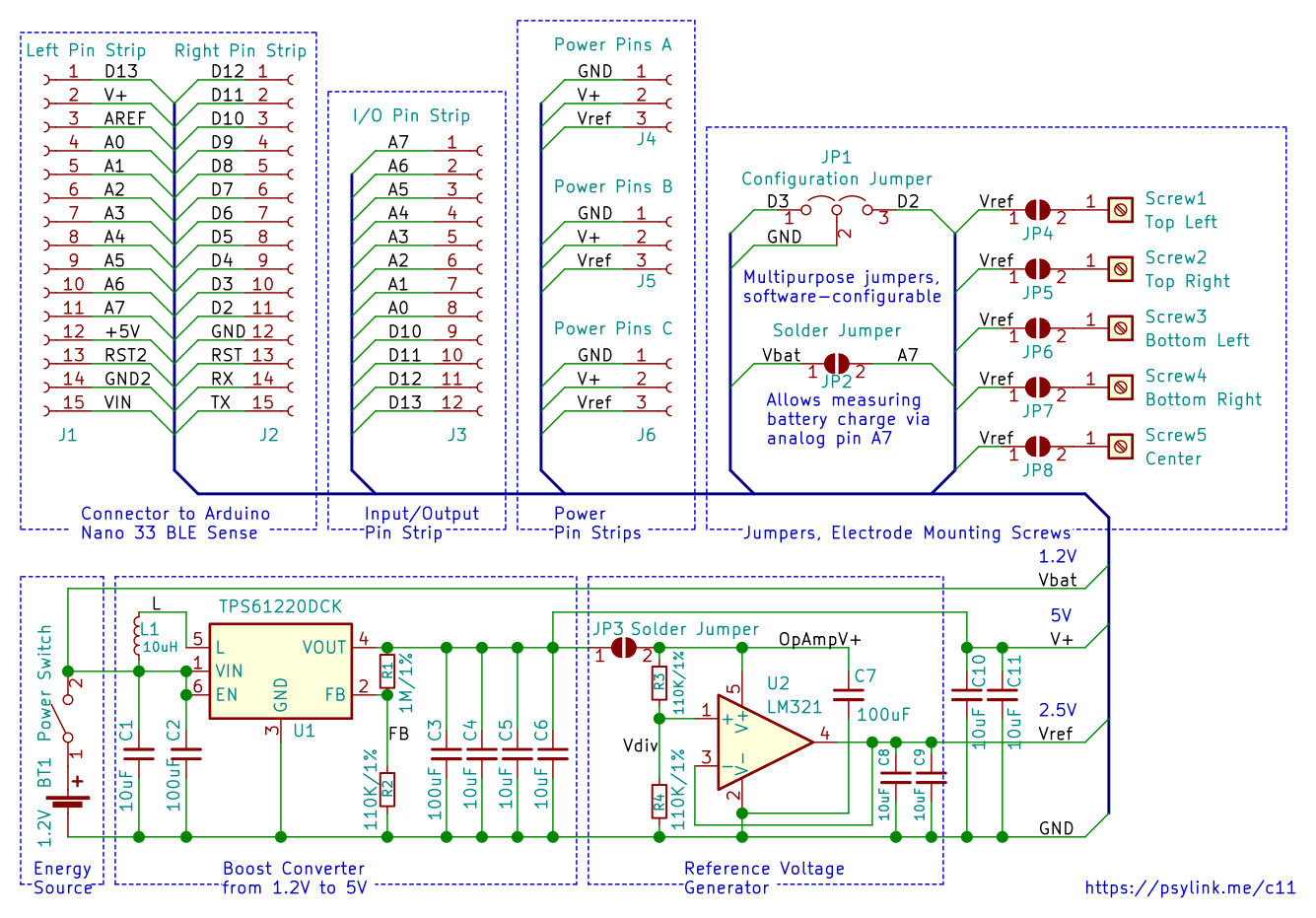 I ordered the production of this board already, and I'm excited to see if it will work out like I imagine. :)

Fun story on the side: I ordered the boards on Aisler, and they let you change the PCB design for free until it hits production. This time, I had a couple of hours left, which I used to make a couple of adjustments here and there, until I was happy and went to sleep. After 3 hours I woke up, with racing thoughts, and I couldn't really fall asleep again (which happens very rarely). After laying awake for 2 hours, it occurred to me that I should run the automatic PCB layout check of KiCad once again to test my board for obvious mistakes. Of course I had run the check before submitting my order, and several times after doing my various modifications. But as it turned out, I had indeed forgotten to run it on the final version, and there were multiple errors too! Several unconnected nodes and some copper tracks that were too close to each other. Luckily I caught this just a couple minutes before my time for free modification ran out, and fixed it just in time. Thanks insomnia.