The plan was to split the circuit into:

Here's my try to solder one of those units: 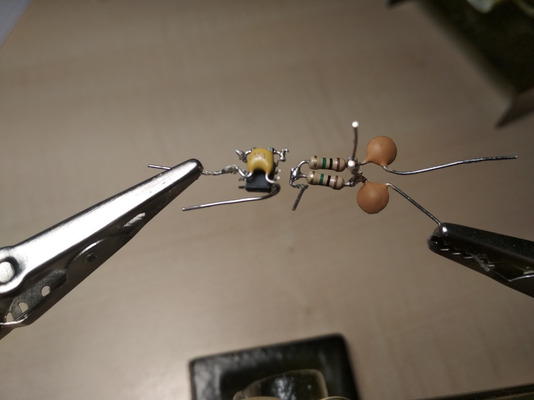 This took me over an hour, during which I began questioning various life choices, started doubting this whole project, poured myself a Manhattan cocktail, wondered how long it would take to complete all eight of these, whether it will even be robust enough to withstand regular usage of the device (NO, IT WON'T), and how I'm going to fix the inevitable broken solder joints when the entire thing is in fucking hot glue...

I gave up, and now my plan is to get PCBs for this instead. I have little experience with this, so I've been putting it off, but how hard can it be? 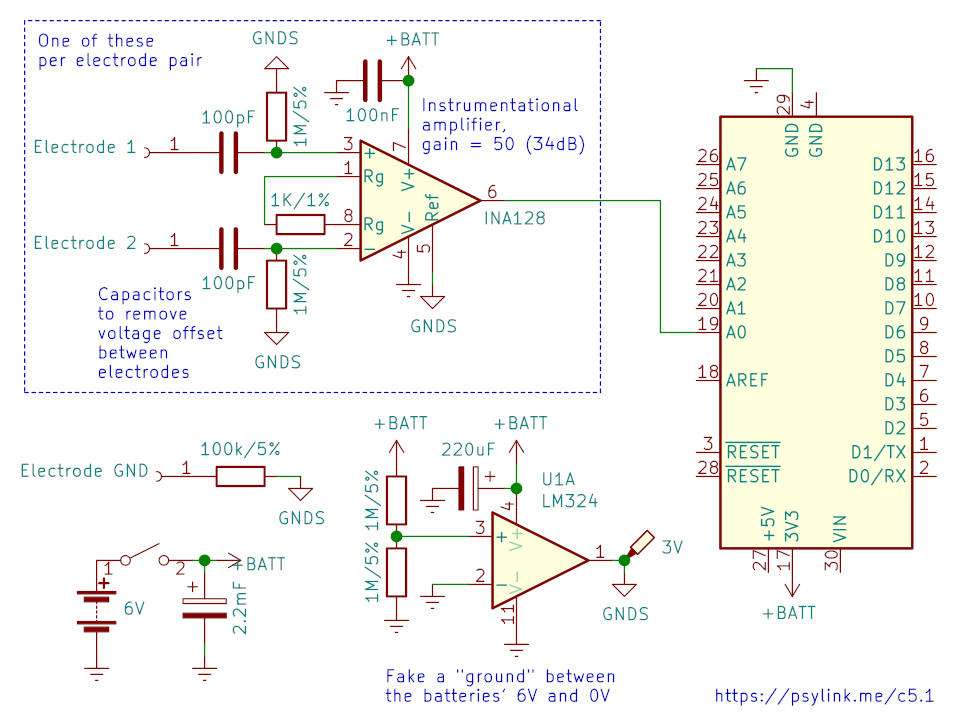 I removed the decouplying capacitor between ground and GNDS (signal ground) by the REF pin of the INA128 because mysteriously it made the signal worse, not better. Also removed the 1K resistors between electrodes 1+2 and the respective capacitors, because they served no apparent purpose.

Also, I was frustrated that GNURadio doesn't allow you to get a "rolling" view of a signal. The plot widget buffers as many samples as it can show, and only when the buffer is full, it updates the graph, clears the buffer and waits again. I wanted instant updates as soon as new samples are in, and as a quick&dirty workaround I wrote a GNURadio shift block which keeps filling up the buffer of the plotting widgets.

I'll finish with a nice picture of a finger snap, as recorded with one electrode pair on my dorsal wrist. Click to enlarge and view the frequency domain as well. (Just one electrode pair because that's all I can squeeze out of the poor bluetooth low energy bandwidth so far) 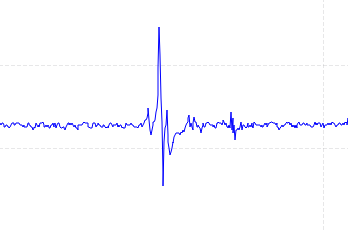