I've been battling with reducing the power line noise for too long, so I thought screw it, let's go off the power line entirely. I put the circuit on two 3V CR2032 coin cells and wrote some code to transmit the signals via BLE (Bluetooth Low Energy) using the ArduinoBLE library.

Since I can not plot the signals via the Arduino IDE plotter anymore, I switched to GNURadio and wrote a plugin that establishes the BLE connection and acts as a signal source in the GNURadio companion software

My new "electrodes" also arrived: Simple prong snap buttons. They don't have sharp edges like the pyramidal studs I used before, and allow me to easily remove the wires from the electrodes and plug them in somewhere else as needed. 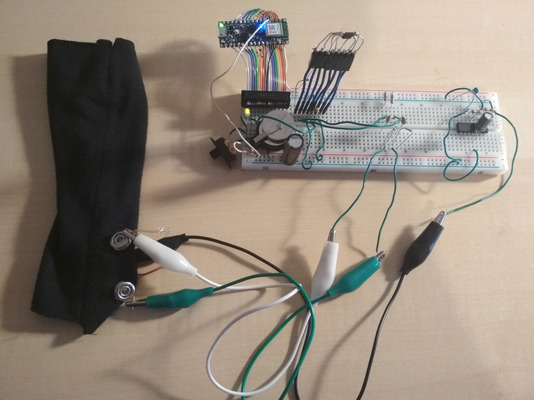 I also employed INA128 instrumentation amplifiers, drastically reducing the complexity of the circuit. It's a tiny SMD chip, which I plan to embed in hot glue, along with the 3-4 capacitors and 3-5 resistors required for processing/de-noising, and place 8 of these processing units across the glove/wristband, connected to two electrodes each. 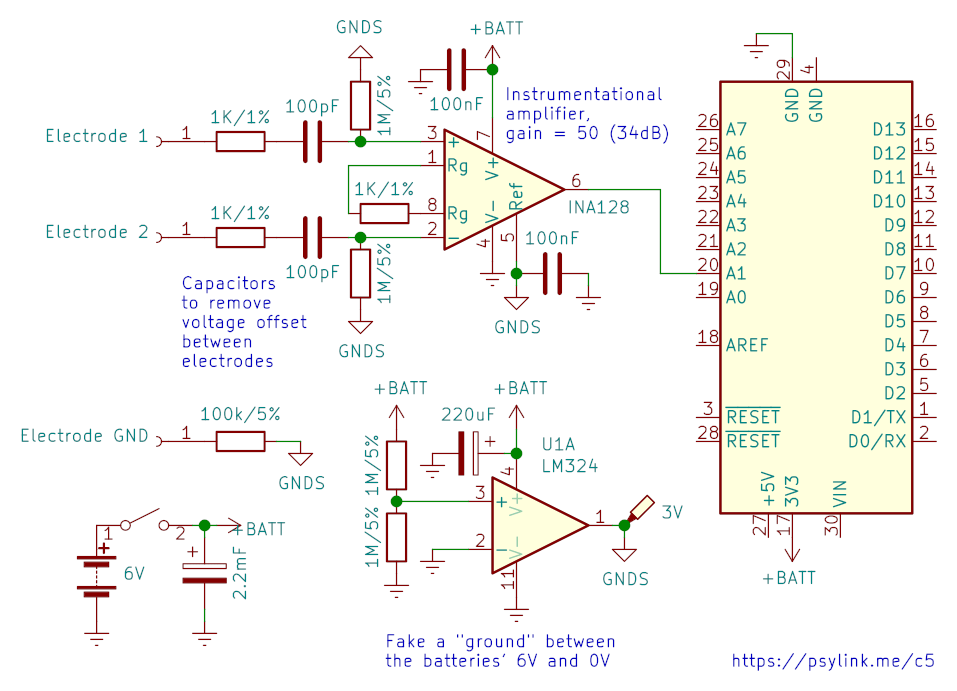 Now I'm battling the problem that I can only get about 1kB/s across the ether. How am I supposed to put 12kB/s worth of signal in there? (8 channels, 1k samples/s, 12 bit per sample) Let's see if I can find some nice compression method, but I fear that it's going to be lossy. :-/