Wow, it feels like ages since I started working on making PsyLink run on a rechargeable AAA battery. It sounds so simple and straight-forward, but it wasn't :). This ate 2.5 weeks of my time, but finally I succeeded! 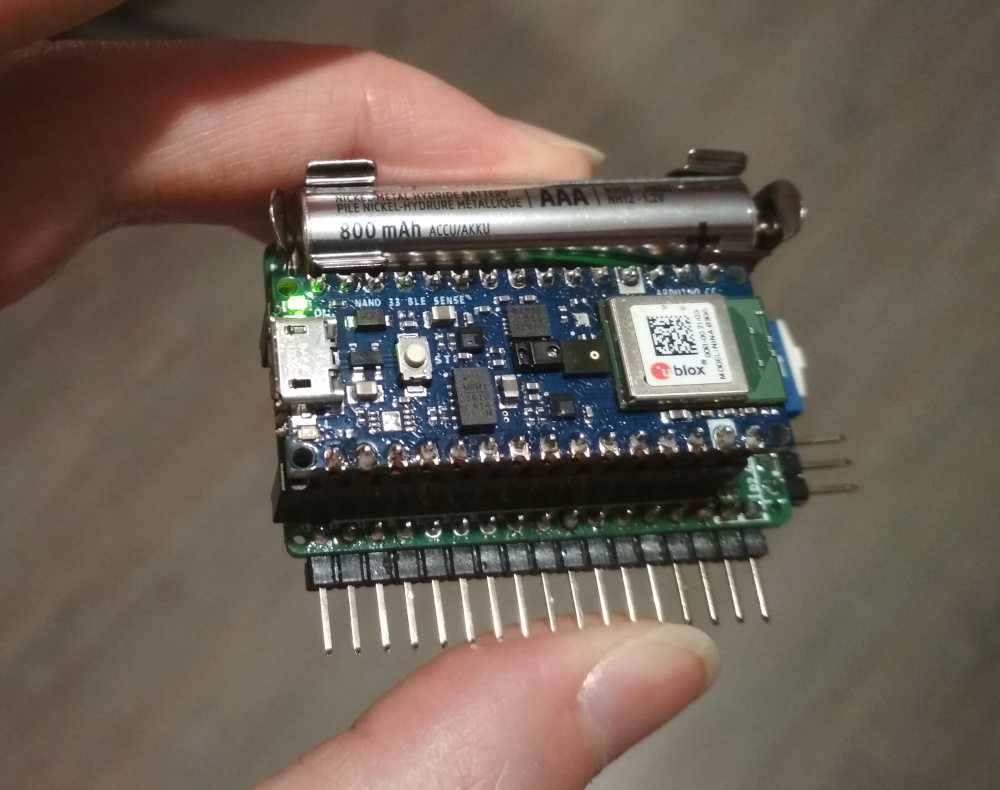 Coming from software engineering, the iteration time of hardware prototypes is horribly slow. There was a lot of waiting for package deliveries, a lot of time assembling, and a lot of wrestling with leaky abstractions. For example, it wasn't enough to just connect the 1.2V->5V boost converter like on the circuit diagram, but I had to take special care of the distances between the parts, and the widths of the copper tracks connecting them.

Another problem you never face in software engineering is that the package with electronics parts was stolen, and when the new PCB of Power Module 3 arrived, I had to work with the few remaining (suboptimal) parts that I had.

What almost drove me insane was that I had only one fresh TPS61220 chip left. That's the 5V boost converter at position U1 (in the bottom of the red circle on the photo below), which is so small that I don't really have the tools to solder it on properly. I kept accidentally connecting the pins of the chip with solder. I gave up and started asking around friends for whether they could solder it on for me, when I remembered this soldering tip someone gave me: If you don't have soldering flux (which I didn't have), just use ✨margarine✨ instead ;D. It sounds very wrong, but it actually made a huge difference, and only thanks to the power of margarine I was able to keep the solder exactly where I needed it to be. "If it's stupid and it works, it's not stupid."

Then - for whatever reason - the voltage was going up to 1.5V instead of 5V, just like with the previous PCB layout. I thought I fixed that problem by optimizing the layout around the TPS61220 chip, but apparently that wasn't enough. I figured the 4.7µH inductance at L1 wasn't big enough, so I squeezed in a second coil: 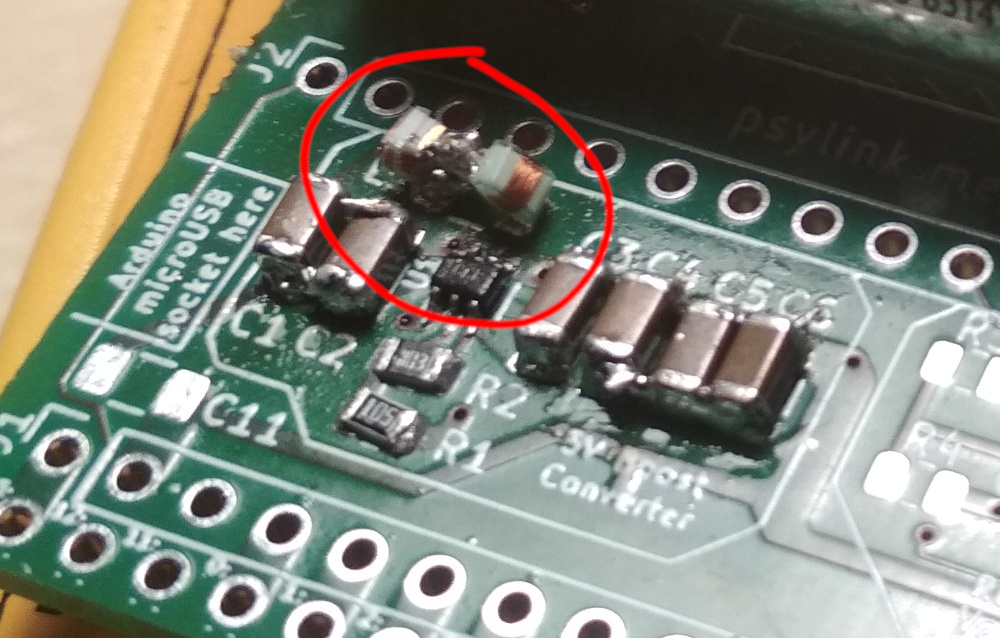 (It looks like two tardigrades playing ball :) I wish I made a better picture before I disassembled it again)

This alone didn't help, but when I manually held an additional 10µH inductance in parallel to L1 for 1 second while the device was running, it surprisingly kickstarted and reached 5V!... until I drained some current, which made the voltage collapse back to 1.5V immediately. Curious behavior. :D

Then I tried soldering on the big 10µH coil directly onto the SMD pads, and the voltage reached 5V and stayed at 5V =) 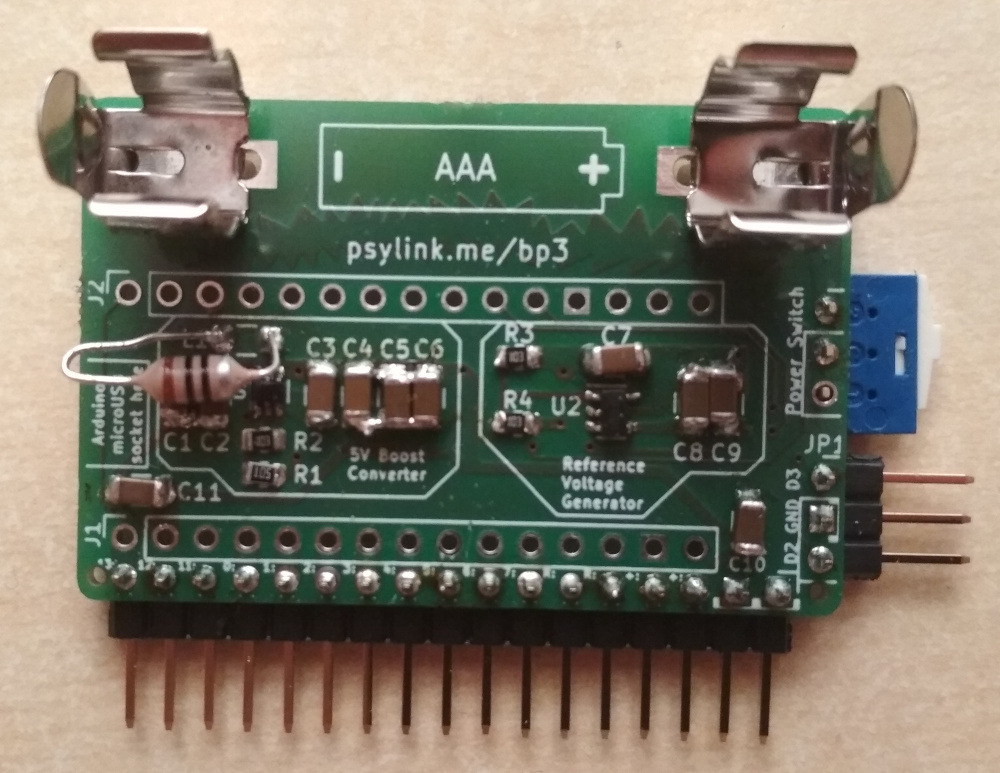 No idea why the big 10µH coil worked while the two smaller coils totaling 9.4µH didn't work... I doubt that the 0.6µH difference in total inductance turned the tide, probably there's some factor I'm not aware of. I actually had ordered a 10µH SMD inductance coil in anticipation of this, but well, it got stolen... My only consolation is the face of the package thieves when they open the package, they realize that it's just a couple of tiny SMD parts, and they wonder WTF this shit is even good for.

P.S.: I found out that the reason why the coils didn't work was that they were not rated for the >200mA that's passing through them. Once I got a 4.7µH coil rated for 280mA, everything was fine. 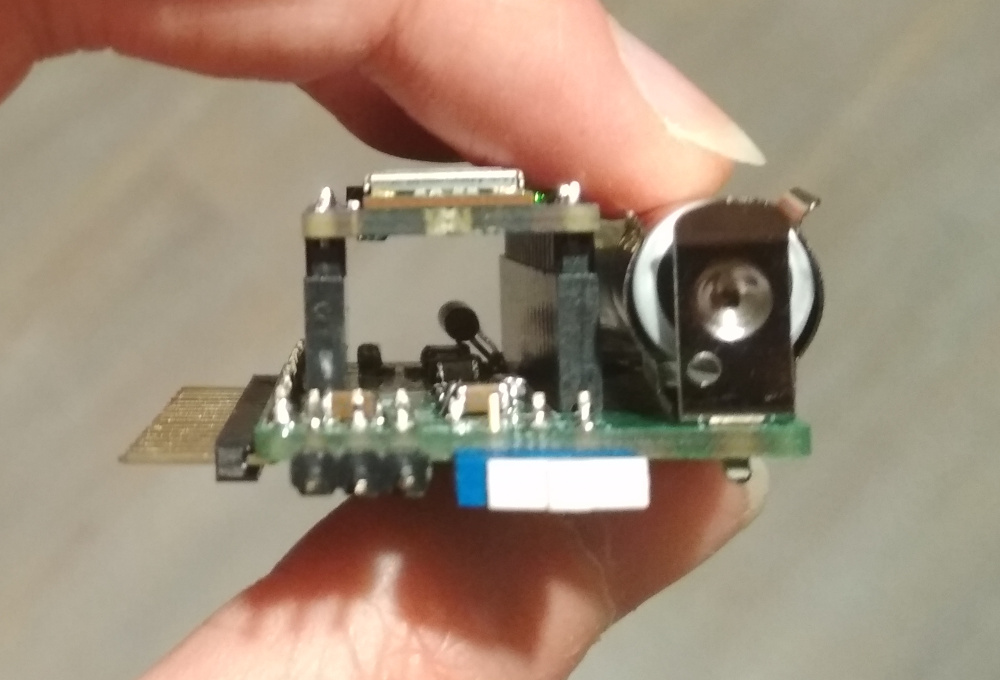 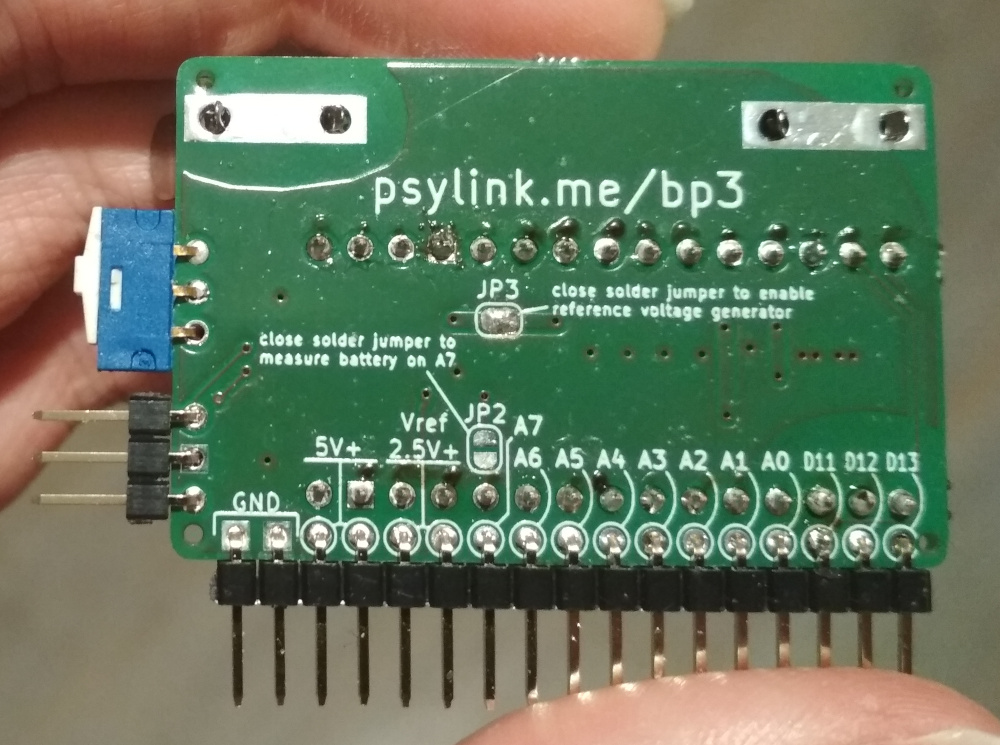 The lack of parts forced me to adjust the resistance/inductance/capacitance values of Circuit 9 (power): 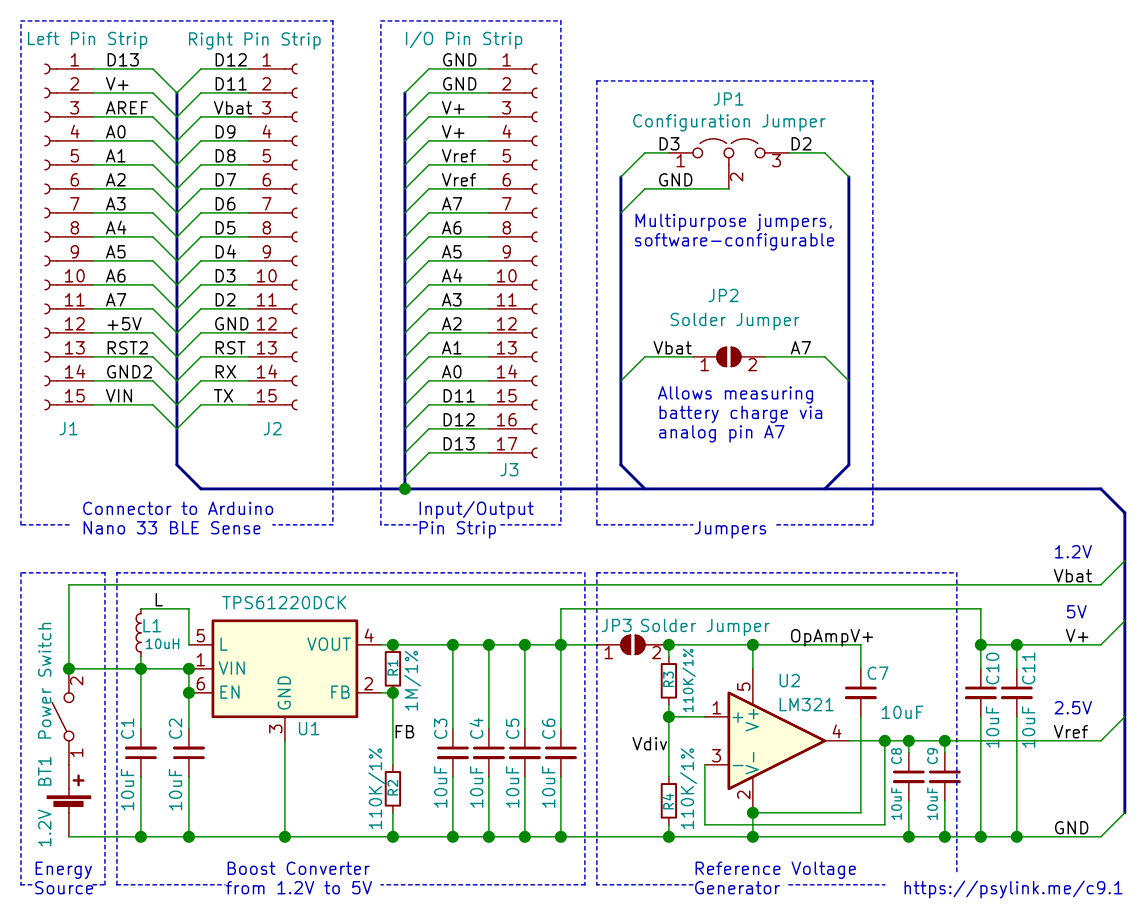 Thankfully I had planned for way too many capacitors on the PCB, just for some extra VROOOM, so the fact that I only had 10µF capacitors instead of the planned 100µF didn't matter too much.

I also changed the 1MΩ resistors in the reference voltage generator to 110kΩ because I read that smaller resistances in a voltage divider make the output voltage more stable, at the cost of more power use, but I think we can sacrifice some power for signal accuracy. No idea whether it's actually going to help though. I chose 110kΩ instead of the more common 100kΩ and 220kΩ because the boost converter already requires a 110kΩ resistor, and that way this prototype requires fewer different parts. But the exact values don't matter, as long as both resistances are identical.

Tomorrow I'll start working on the electrodes and wristband. :)